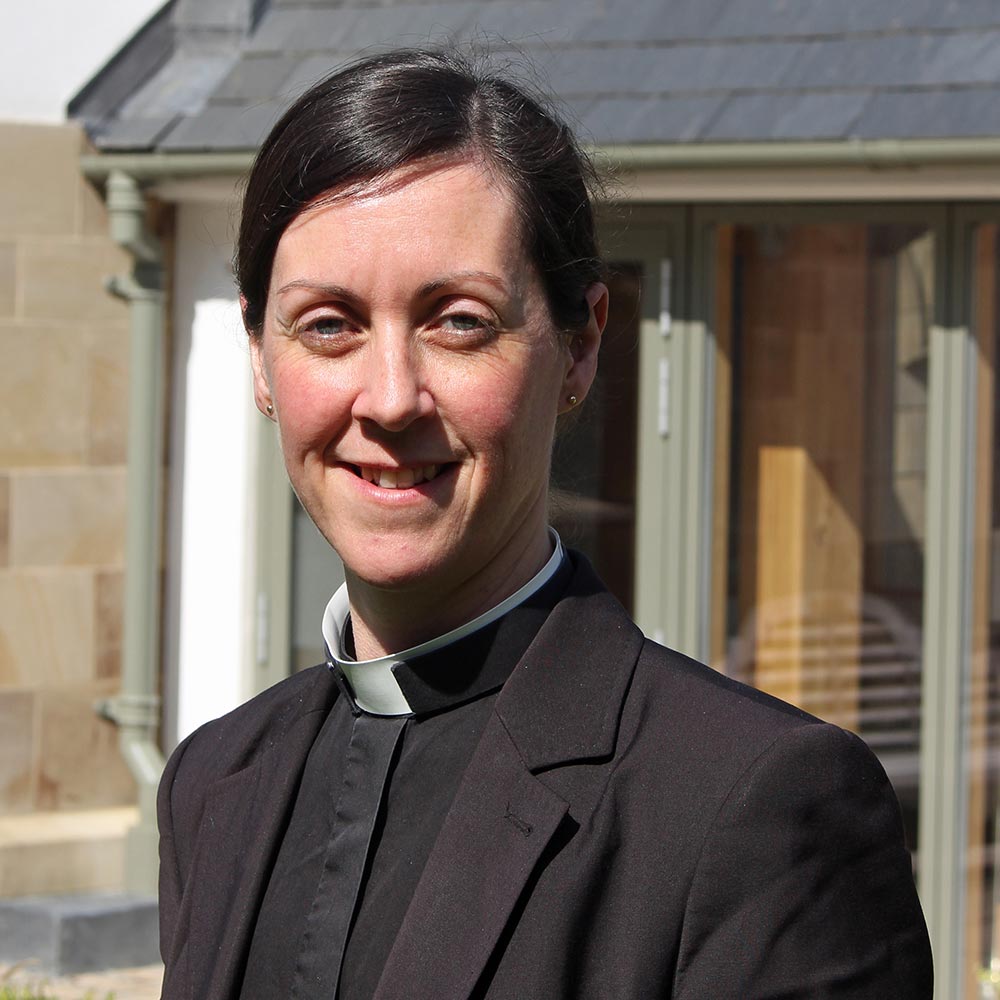 It was a challenge to find the time to talk … the first couple of weeks in post for the new Canon Missioner Rev. Canon Dr Rowena Pailing at Blackburn Cathedral have been, to coin a phrase, a real baptism of fire!

We met at Northcote’s Cafe in the Cathedral, between a meeting with Sunday School organisers and a school visit to the Cathedral; just enough time to catch the breath and enjoy a brew. Rowena’s job is, she says, two-fold: first, to build the role of the Cathedral as a resource for the immediate Blackburn community, and second, to reach out across Lancashire in support of the goals of the Diocesan Vision 2026 Healthy Churches Transforming Communities.

Her faith journey to Blackburn began at the age of 12 as she became involved with the Guides in Birmingham, the city that became home after a brief time in Coventry after she was born.

“I began to go to St James’ Church in Shirley with the Guides, and it was through that organisation that I got my sense of calling,” Rowena explains.

University followed, a degree in Classics at Oxford, where she also met her husband Crispin, himself an ordained minister in the C of E and Rector of Liverpool Parish Church: “We met one another over Matins,” Rowena recalls.

The call to serve God grew: Rowena worked as a parish assistant in Birmingham after graduation and was then accepted for training to become a priest.

She spent three years at Ripon College Cuddesdon, near Oxford and returned once more to Birmingham to serve a curacy at All Saints, Gravelly Hill.

She then moved to St Michael’s, Handsworth, and whilst taking on the responsibility of parish life, her interest in education deepened. Rowena worked for the Queens Foundation in Birmingham, teaching and supporting clergy and those looking to be ordained.

Then came the opportunity to move north in 2012 and work in the College of the Resurrection in Mirfield as Director of Pastoral Studies and lecturer in Church History.

“I was responsible for building connections between the Mirfield community and the wider church, with a welcome active role in relating to parishes,” she explained.

Rowena’s spare time and holidays were spent working in St Giles in Aintree, Liverpool: her husband Crispin is the Rector of Liverpool Parish Church. The couple have two sons aged 11 and 13.

The appeal of the job at Blackburn Cathedral was as a ‘coming home’ for Rowena, given her wide experience of diverse communities and her passion for education and mission.

The new Canon was licensed during Evensong in early May at Blackburn Cathedral by Rt Rev. Julian Henderson, the Bishop of Blackburn and installed during the same service as a Residentiary Canon by the Dean of Blackburn, The Very Rev. Peter Howell-Jones.

Her first week also saw Rowena moving into Cathedral Close in the shadow of her new spiritual home.

In that same week, Rowena’s first ‘official’ engagement was to preach to a 400 plus congregation at the Lancashire beacon launch service for Thy Kingdom Come, the church-wide initiative encouraging prayer and reflection leading up to Pentecost.

Rowena was delighted with the positive response she received from the congregation at the beacon launch service and is now looking to the future with anticipation.

“There are two strands to my work here in Blackburn,” she explains. “The first is to build on what has already been achieved at the cathedral by further encouraging links with schools; hosting courses that explore faith in-depth and explore peoples’ calling as well as making the Cathedral a focus for the Blackburn community through exhibitions and events that celebrate achievements and milestones for community groups.”

“The second is what I would call ‘facing outward’ to involve the Cathedral more and more in mission in communities throughout the Diocese.”

“I have been privileged to work in very diverse communities; a significant factor in my ministry to people over the years.”

Rowena added: “There are a lot of good things happening in the town of Blackburn and across the County of Lancashire; I hope to see more and more people given the encouragement and confidence to express all aspects of their faith in Christ.”

“Blackburn Diocese, in common with many other Dioceses, has a wide variety of traditions, communities and churches, spread across both rural and urban environments, with a multiplicity of faiths in evidence.

“We can have a positive influence, from the smallest parish to the largest, through our prayers, worship and practical support,” Rowena concluded.

Our time was up: the school party had arrived. Time for a photograph and then back into the whirlwind of the first fortnight for the new Canon.

Her immediate agenda is full: marking the start of Ramadan with the Muslim community; more school visits to the cathedral; the annual Mayoral service that coincides with Pentecost; not to mention taking time to get a real grip on how her new home base works, both internally and outside the Cathedral bounds.

It may be a baptism of fire; but you sense it’s one the new Canon Missioner relishes. 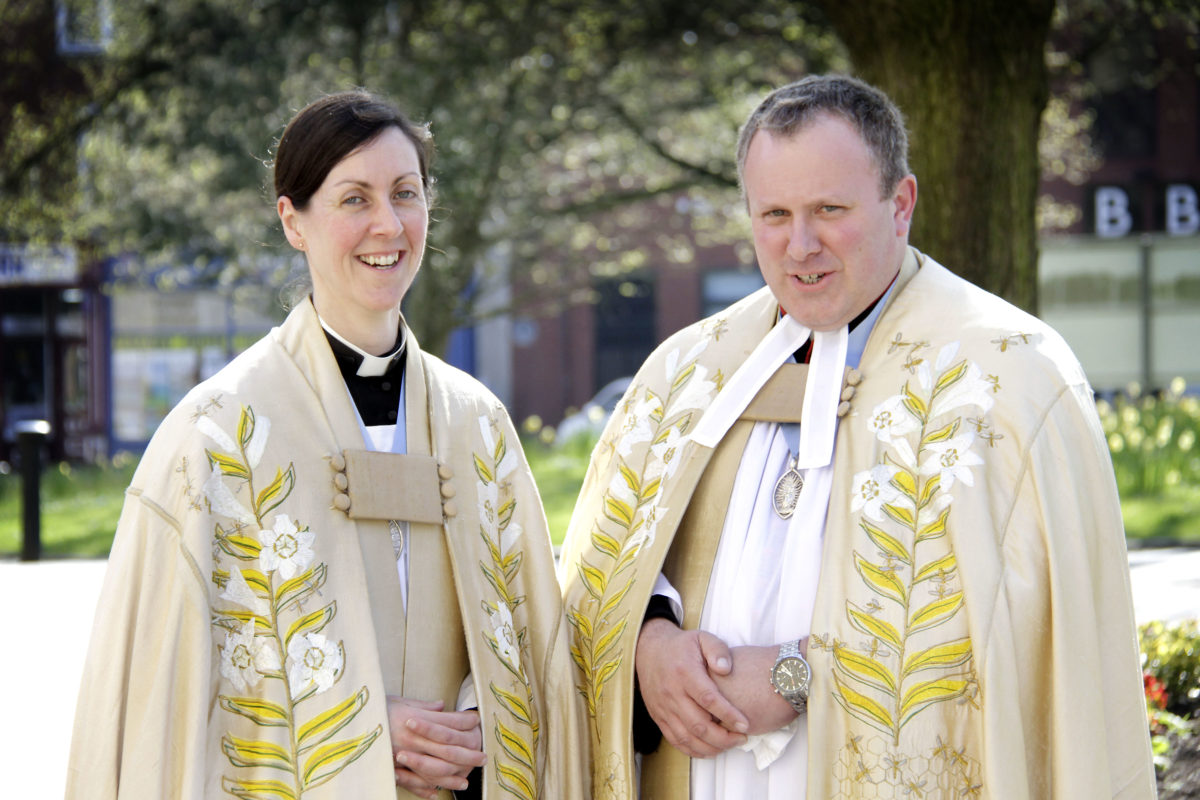 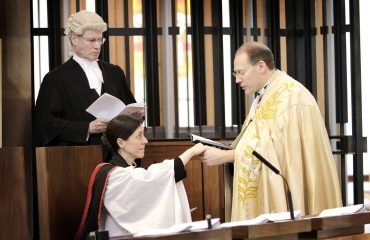 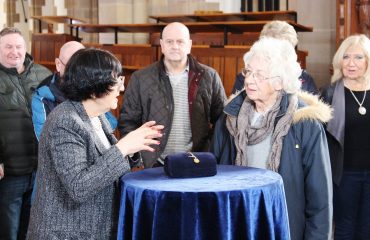 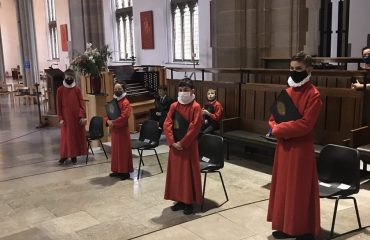 Choral Evensong is back!