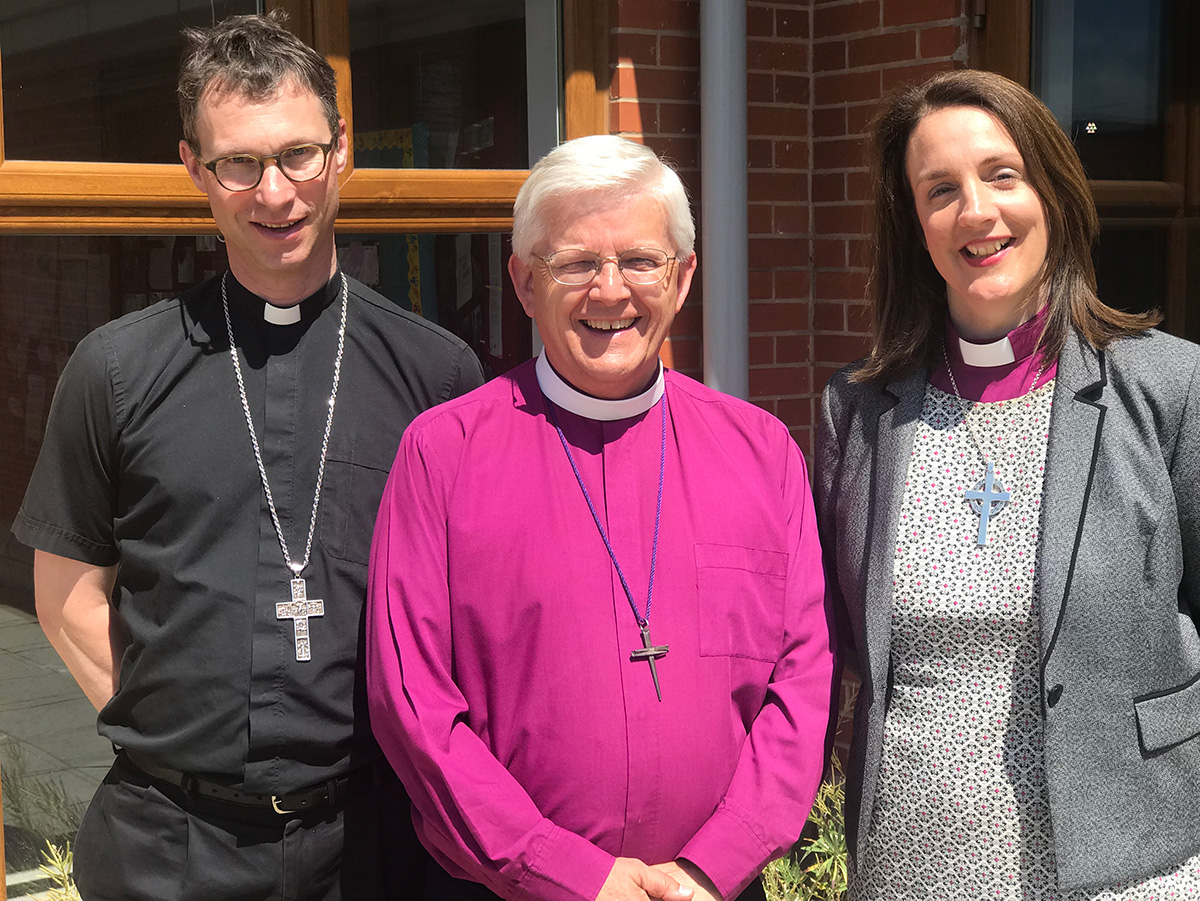 In August, I wrote an article for a local newspaper about drugs and the danger of drug addiction; the chaos that drugs bring to people’s lives.

It’s frightening when we see on our television screens pictures of people of all ages, including the young, standing in a street as if frozen and not able to move, while affected by a drug which they have recently taken.

After the article appeared I had a response from a family here in Lancashire, who told me something of their experience of drug addiction and the difference that they were trying to make to people’s lives. They had developed creative and innovative ways of helping people out of addiction into a more ordered and patterned way of life.

As we look forward to a new year ahead of us I pray that it may be one in which we know something of the order that God longs to bring into our lives.

Yes, there’s a sense in which there are only a few who get caught up in that drug world and experience that level of chaos, but all of us in one way or another can find there’s a level of disorder to our lives that needs to be brought into a pattern; within certain boundaries.

At the moment we are living in a time of political chaos and who knows where the Brexit negotiations are going to end up as we enter into 2019.

I’m sure we all wish for a level of pattern and order, stability, in our political life as we move forward.

Whatever our relations are going to be with the European Union we want order; so it is also in our personal lives that we should seek to live in a way that brings peace and comfort not just to ourselves but to those with whom we live.

Jesus came to bring life in all its fullness, but that does not create a free market in which we choose to do what we want, when we want.

Rather, it creates a life that is patterned and ordered by His commandments and His directions. So, as I wish you God’s blessing for a very Happy New Year, I also pray that each of us may find something of the order and pattern in our lives that God longs to give to each of us.

I love New Year, but it also reminds me of one of the most embarrassing incidents of my life.

I was at a family New Year lunch and my cousin had turned up with his new girlfriend; a beautiful, posh, wealthy young woman dressed in a fabulous electric blue dress which seemed rather out of place amidst our scruffy family.

Over pudding, wanting to make her feel welcome, I offered her some cream to go with her apple pie. I shook up the can, pointed the nozzle at the plate she was holding out to me and squirted. I don’t know what went wrong.

Maybe it was the angle, but the cream seemed to bounce off the surface of the pie and splattered itself all over the front of her fabulous dress where the stain grew and grew.

The party broke up soon after that, as did my cousin’s chances of marriage!

Well here’s the good news. In Jesus you can do exactly that. In the birth of Jesus God has done something new – not new to him, but new to us.

He has sent his son. And because God has done something new, so we can start anew. In that child there is forgiveness, new life, a fresh start.

As we begin this new year, where in your life would you like to see or make a new start?

I am praying at the moment for three new starts.

The first is for a new start in our political life. May the angry and discordant voices that bombard us at the moment sit down together and listen to each other so that together we can carve out a new future for our nation and go on being a voice for peace and justice in our world.

The second is for a new start for the poor. So many of our urban areas are ravaged today by the contemporary four horsemen of the apocalypse – low-paid jobs, universal credit, debt and austerity.

These things are preventing people from taking control of their lives or finding solutions to their problems. Let’s pray for a more just nation in which all can be set free to fulfil the potential God has given them.

And the third is a new start for the planet. We human beings are in danger of becoming a blight on the surface of the earth; polluting it and cooking it with our addiction to oil-based consumerism.

May we take seriously the climate deal recently made in Poland and all play our part in living in harmony with this beautiful world that God has made.

And I am not just praying for those three new starts. I am praying that I might play my part in them as I make a new start myself with Jesus. Because I know that whenever I turn to Him, He sets me free to use my gifts in his service.

What new starts are you praying for as this new year begins?

Perhaps it’s a new start in your family, in your community, or in our world?

In Jesus there is always a new start. And that new start begins with you. Have a very happy new year.

In the Duff family, we have a tradition of a going for a walk on New Year’s Day.

The plus side is, it’s a great opportunity to get some fresh air and work off some weight from Christmas. The downside is that you don’t have a choice over the weather.

There was the walk we did one year up Moel y Gest in North Wales … it was crisp and sunny when we started, but on the way back the cloud came down and a snow storm blew in.

I remember sheltering under a bush with my son Harry, who was 2 at the time, while my husband Jeremy went to get the car – which promptly broke down in the snow! Only my boys were excited about being towed home by the AA!

We like to think we don’t need to pay attention to the weather. We can press on regardless…

But when there’s a fair wind, why not make the most of it?

I was with a fellow bishop the other day who said he thinks there’s a change in the wind direction over our nation. He’s not the first to notice this. I completely agree.

I sense there’s a fresh openness to the good news of Jesus that has been building over recent years.

My experience is that people are intrigued by faith.

Look at the recent programming on the BBC: Rev – about a vicar in inner city London; Broken, an award-winning drama about a Catholic priest in Liverpool and my favourite – Bluestone 42 – about an attractive young female chaplain serving with the army in Helman province.

And that’s not even touching on Disney, who make millions of pounds at the box office by selling films that are basically stealing plots from the gospel: Frozen, Beauty and the Beast.

The BBC did a recent survey about miracles. They were very surprised to find that 3 out of 5 people believe in miracles; and it turns out the younger you are, the more likely you are to believe.

I’m from Bolton and you may recall the miracle at Bolton Wanderers back in 2012.

Wanderers player, Fabrice Muamba, collapsed on the pitch from a heart attack. Even Adrian Chiles on BBC Sport commented: “You could hear the whole stadium praying.”

Then 78 minutes after his heart stopped, he literally came back to life. This should not have happened!

In the Bible, Jesus said this about his Spirit: “The wind blows wherever it wills. You hear its sound, but you cannot tell where it comes from or where it is going. So it is with everyone born of the Spirit”. (John 3.8)

Bede (who was an 8th century historian of the Northern church) put it like this: “Unfurl the sails, and let God steer us where he wills.”

The wind across our nation is changing. We are a nation that is intrigued by faith; a majority of us believe in miracles; we are hungry for hope, we have a longing for heaven.

So, at the start of this New Year, don’t hide away indoors.

Get out into His wind. Let’s unfurl our sails and let God steer us where He wills. And may the wind of His Spirit guide you to people and places you never imagined. 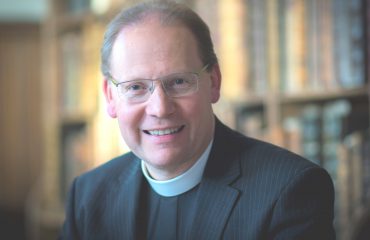 The next Dean of Blackburn to be Peter Howell-Jones 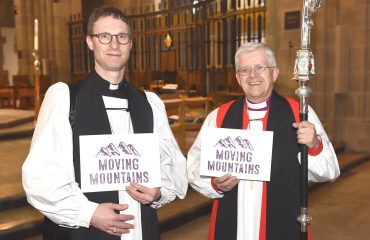 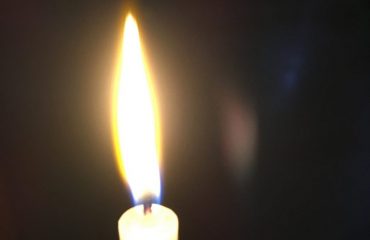