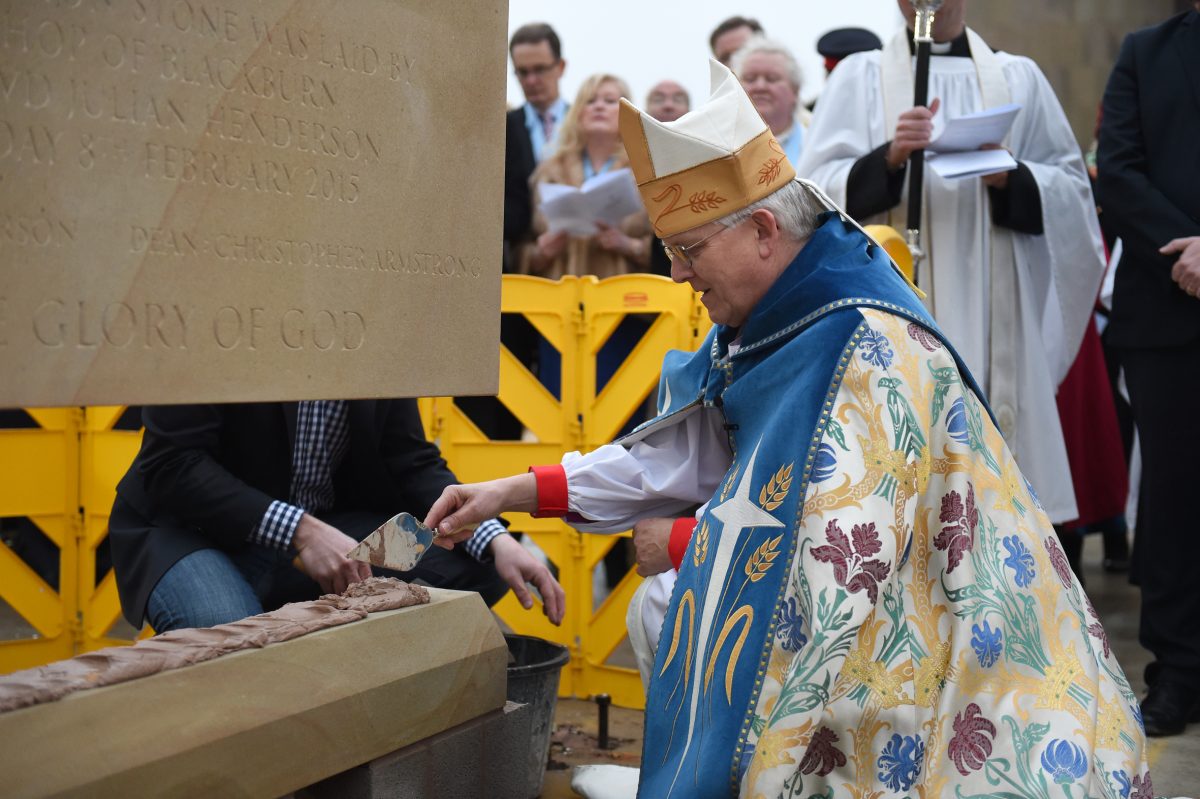 A PIECE of history was made yesterday when The Bishop of Blackburn, Rt Rev. Julian Henderson, laid the foundation stone for the new Cathedral Court adjoining Blackburn Cathedral.

The ceremony took place in the mist-shrouded Cathedral Close where the Bishop, trowel in hand, placed cement on a plinth before the foundation stone – supplied by Lambert Walker stonemasons of Bamber Bridge, Lancashire and taken from a quarry in Longridge – was lowered and then hammered into place.

The trowel was handed to the Bishop by the Cathedral Architect James Sanderson and the mallet by John Clarke, Managing Director of the John Turner Construction Group who are building Cathedral Court. Looking on were civic and county dignitaries, including the Mayor and Mayoress of Blackburn with Darwen, Councillor Alan Cottam and Mrs Agnes Cottam, representing Blackburn with Darwen Borough Council and Lord Shuttleworth, The Lord Lieutenant of Lancashire as well as clergy from the diocese; the Cathedral choir and members of the congregation.

The trowel was handed to the Bishop by the cathedral architect James Sanderson and the mallet by John Clarke, managing director of the John Turner Construction Group who are building Cathedral Court.

Earlier at a service of choral evensong The Dean, The Very Rev Christopher Armstrong said the plans for the Cathedral Court had been 14 years in the making.

He added: “We are delighted to have reached this milestone and we are indebted to the vision of William Temple, Bishop of Manchester, who was responsible for creating the Diocese of Blackburn in 1926.”

Cathedral Court will contain the first complete set of cathedral domestic buildings to be built anywhere in the country for 400 years.

From Left to Right – James Sanderson – Cathedral Architect, The Bishop of Blackburn – Rt Rev. Julian Henderson, The Dean – The Very Rev Christopher Armstrong and John Clarke – Managing Director of the John Turner Construction Group who were involved in the laying ceremony

It will consist of a library, refectory, conference room, enclosed cloister garden, underground car park for 50 cars, four townhouses and six apartments for cathedral clergy and staff and six accommodation units for organ and choir scholars. The building is expected to be completed by October.

Cathedral Court is part of the massive Cathedral Quarter development in Blackburn town centre, construction of which started last April. The £34million scheme includes a hotel, office block and a public square, work on which is well advanced with two steel structures for the hotel and office block now very much in evidence. 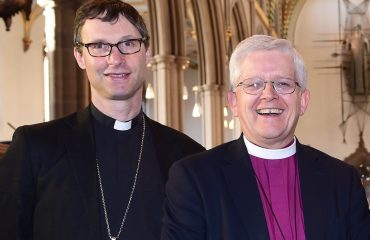 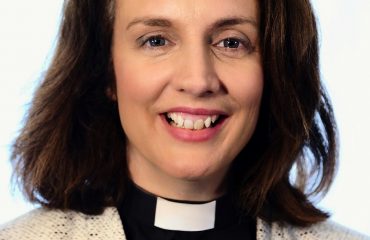 Next Anglican Bishop of Lancaster is Rev. Dr Jill Duff

Vine Community Quiet Morning – ‘I am the Vine’