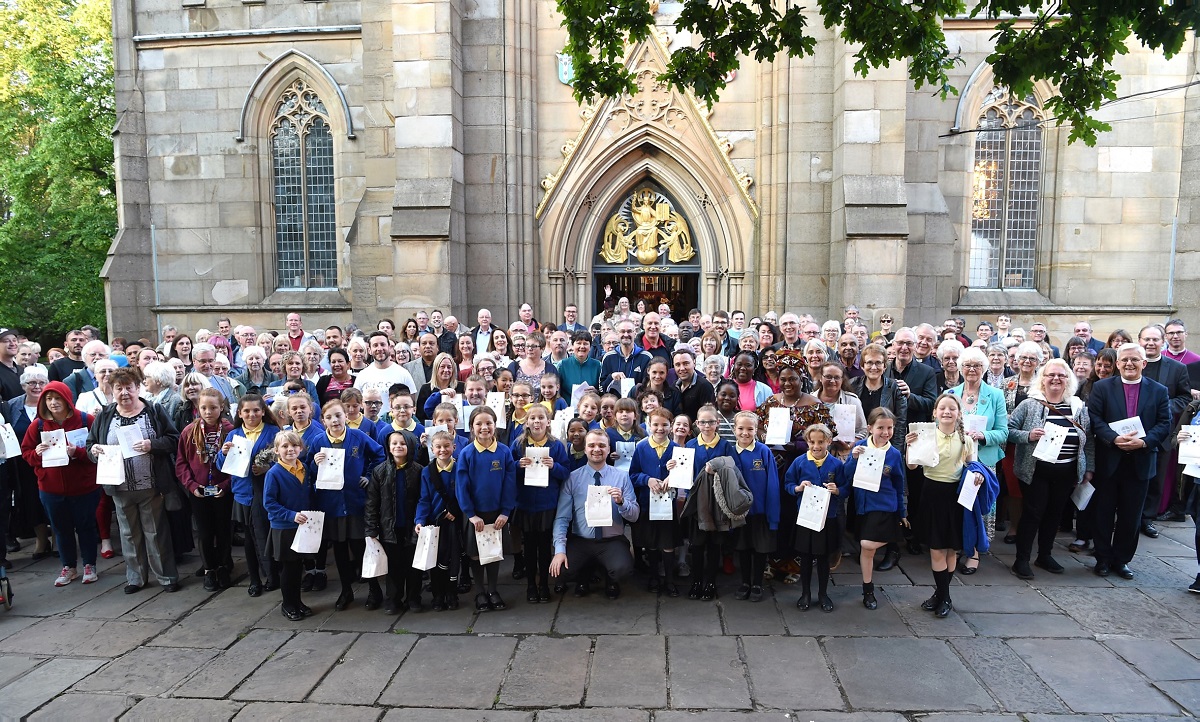 Busy Final Day Across Lancashire for ‘Thy Kingdom Come’

Thy Kingdom Come, 11 days of prayer between Ascension Day and Pentecost, which was instituted by the Archbishops of Canterbury and York, reached a dramatic climax in Lancashire at Blackburn Cathedral on Sunday evening (June 9) with a closing ecumenical ‘beacon celebration service’.

Along with Christians of all denominations all around the world, a big congregation came together on Pentecost Sunday at the Cathedral to mark the end of the fourth year of what has now become a landmark period, growing in importance in church life in Lancashire.

The Cathedral event came at the end of a busy day in the diocese for Thy Kingdom Come, after a live broadcast by the BBC for Pentecost of the morning service at St Cuthbert’s Church in Preston at 11am; the Bishop of Lancaster, the Rt Rev Dr Jill Duff, was the main preacher at that service.

You can watch that service on BBC iPlayer here and you can read Bishop Jill’s full sermon on the Diocesan website here.

Meanwhile, the service at the Cathedral, which began at 7.30pm, was hosted by the Dean, The Very Rev Peter Howell-Jones, and Jack East, youth worker at St James Church Lower Darwen. As well as ecumenical partners, guests at the service including The Very Rev. Lazarus Mohapi, the Anglican Dean of Bloemfontein in Free State, which is a link Diocese of Blackburn Diocese.

A blend of traditional and modern worship and prayer was the order of the evening … with the highlight being singing by the young members of Blackpool’s Devonshire Academy school choir, conducted by music teacher Fay Weszka.

The choir came to the Cathedral at the specific invitation of Bishop Jill and the youngsters were supported by a large group of parents and staff from the school.

The beacon service was divided into three sections: looking back over the previous 10 days; focusing on Pentecost Sunday itself and looking forward to the coming year.

The congregation heard the Bishop of Blackburn, Rt Rev. Julian Henderson, talk passionately about the need to take God seriously.

He said: “Jesus Christ is in the business of literally saving peoples’ lives. Faith in him really matters. Christ is unique, God in human form, and has done something for us that we could not do for ourselves, offering us life in all its fullness.

“Jesus is not another option for our lives – we are commanded by God to turn to him, for our own and for society’s good.”

Bishop Julian also exhorted those present to remember that ‘God is not a secret to be kept.’

Meanwhile, Bishop Jill told those present at the Cathedral that the light of God’s Holy Spirit would ‘guide us all home if we let him come into our lives’.

She added: “This day is about how much God loves us all and how he wants to ignite that fire of his love in our human hearts.”

Bishop Jill told the congregation that, as hundreds gathered in the Cathedral on this evening, at the same time in 85 countries around the world, Christians from 115 denominations were praying for God’s Kingdom to come.

A dramatic reading of the account of the first Pentecost from the Acts of the Apostles was made by no less than 12 people simultaneously in 12 different languages, from Europe, Africa and the far East.

A key feature of the service was people talking about what had happened in their parishes over the period of Thy Kingdom Come. They included Joyce Willesey, from Emmanuel Church in Preston, who described how their initiative of carrying the Pentecost flame from sister church St Christopher’s using eight runners and captured the imagination of the public and parishioners alike, especially as the support car was broadcasting the Chariots of Fire theme en route!

Ron Farrington, Senior Pastor of Crossgate Church in Preston, described how five stations of prayer had been established over the nine days in the city as people came together to pray for Preston.

Prayers were led by the Rev Canon Rowena Pailing, Canon Missioner at the Cathedral, and music was very much a part of the proceedings, with the cathedral’s young peoples’ choir and the band from St James Lower Darwen playing a big part in leading the worship.

The congregation contributed their own written prayers, which were left on prayer canvases dotted about the Cathedral nave.

The service ended with the distribution of lighted candles to the congregation as it made its way out to congregate at the West Door for a final blessing and prayers for Lancashire by Bishop Julian.

Outside, chorister Seb Roberts who was with fellow choir member Izzy Roberts and his parents Helen and Keith Roberts, said: “I really enjoyed the service: the mix of modern and traditional music and worship worked really well, and the children from Blackpool were outstanding.”

Tracy said: “It was lovely to hear the children singing so beautifully and good to be with so many people on this special day.”

Reflecting on a busy and exciting day Bishop Jill said: “It was a real privilege to be part of the Pentecost service and live BBC broadcast on the day of my favourite Christian festival. The BBC team were fantastic to work with.

“Meanwhile it was great to be able to attend and speak at the Cathedral service this evening, alongside people from across the Diocese and to hear stories of beacons being lit across the County.” 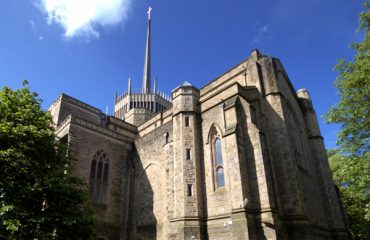 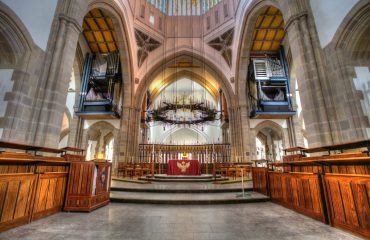 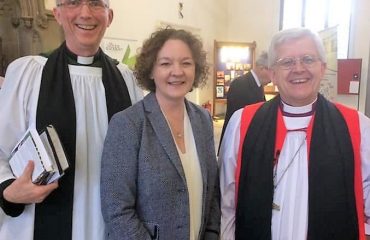 New Director of Discipleship is licensed by Bishop Julian